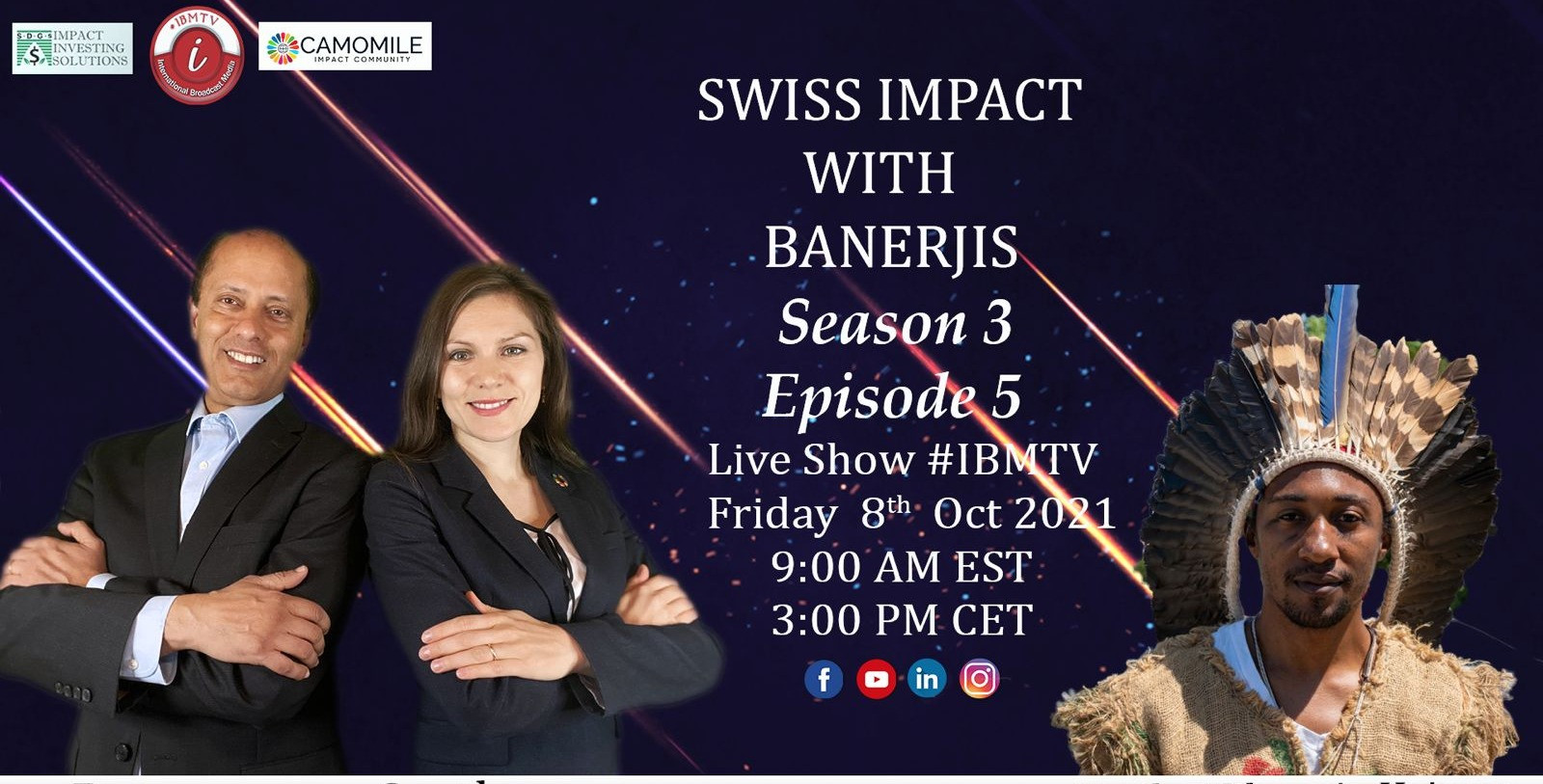 WE HAVE THE SOLUTIONS !

Link to Event:
https://www.youtube.com/swissimpact
Category:
TV Show
Date start:
8 Oct 2021
Time:
15:00 - 16:00
Timezone:
Europe/Zurich
Location:
Switzerland
Online:
Yes
To join the Event
1. Register below. 2. Click on JOIN on the page and receive the Zoom link of the Event.
Sign up
Login with LinkedIn
Login with Facebook
Already a member? Log in. Kasike Nibonrix Kaiman is a member of Consejo de Medicina Ancestral Indígena Originaria del Abya Yala (Council of Ancestral Indigenous Medicine of the Americas) , the Main organizer for Caribbean Region Peace and Dignity Journeys which is an inter-tribal spiritual run connected to ancient prophecies of the Americas, member of “ Responsables Espirituales Originarios del Guyrapoi, Kuntur, Quetzal, Aguila and Warawao" ( R.E.O.G.K.Q.A.W ) with responsibility for maintaining traditional ceremonies in the Caribbean and sits on Y.C.O.I.L (Yamaye/ Jamaica Council of Indigenous Leaders) .

Mika Anttonen M.Sc.(Tech.) is the founder and principal shareholder of the energy company St1. He began his career as a private entrepreneur in the fuel trade in 1996 and rapidly built up a diverse Nordic energy company which today pursues its vision to become a leading producer and seller of CO2-aware energy. The company is investing heavily in renewable energy research and production, ranging from industrial wind power to advanced biofuels and geothermal heat. Mika is currently Chairman of the Board at St1. www.st1.com

The weekly show on how Impactful investments and businesses are helping to implement the 17 UN SDG’s worldwide to preserve the world for the future generations.

Vibhav Kant Upadhyay is a development leader known for his statesmanship, macro-vision, and pragmatism. A prolific out-of-the-box thinker, he strongly believes that the current development model needs a foundational change and has dedicated his life towards manifesting this thought process into visible and tangible results through the Alternative Development Model (ADM). His leadership successfully catalyzed the India-Japan Global Partnership (IJGP) initiative which was announced in the year 2000 by leaders of India and Japan. With relentless persuasion, he has nurtured and strengthened the strategic relationship between the two nations. This has led to mega-initiatives like the Delhi-Mumbai Industrial Corridor (DMIC), which was formed to re-establish the industrial culture of India. Therefore, he is widely regarded as the architect of the modern India-Japan relationship.

Vibhav is the Founder and Chairman of various organizations including the Alternative Development Organisation (ADO) in Oslo, Norway, India-Japan Foundation (IJF) Tokyo, Japan, and India Center Foundation (ICF) New Delhi, India. He is also the Founder Chairman of Global Partnership Summit (GPS), a platform to take forward the Alternative Development Model (ADM) framework and initiatives based on it by manifesting unique ideas into tangible outcomes by empowering G2G, G2B, and B2B interaction.

HOW IS THE YOUTH ACTING ON CLIMATE CHANGE AND UN SDGS

Dr. Ash Pachauri has a PhD in decision behavior and master’s degree in international management. Having worked with McKinsey & Company before pursuing a career in the social development arena, Dr. Pachauri’s experience in the fields of public health and management emerges from a range of initiatives including those of The Bill & Melinda Gates Foundation, PATH, UNDP, IPPF, and CDC program interventions in the US.

Dr. Pachauri has been engaged with the use of information technology for development, education, and geo-informatics. A master trainer in behavior change communications and strategic leadership, Dr. Pachauri has led over 20,000 workshops, events, and activities globally to outreach to youth and communities to promote health and sustainable development.

Widely published, winner of the prestigious Overseas Research Scholarship, awarded for advanced studies in the U.K. and recognized for his academic achievements, Dr. Pachauri pursues interests in research and teaching through ongoing collaboration with universities and institutions. Dr. Pachauri has been recognized by the United Nations for his dedication and leadership in their flagship publication “Portraits of Commitment”. He is an Associate Fellow of the World Academy of Art and Science. Dr. Pachauri serves on the Boards and Advisory groups of several organizations worldwide.

How is our Alternative Energy Sector growing?

This week guests are Daniel Brühwiler, Chief Executive Officer of Global Strategic Capital AG. One of the most successful renewable energy fund in Switzerland with amazing track record.

Daniel is a hard core investment expert. He has been

The second guest is Arne Kollandsrud, CEO and owner Tidetec AS. His Company has won a few awards for its innovation and technology, including the first prize in at the Impact Days in Stockholm.

Arne has been working as CEO in Tidetec since 2013 and is also a co-investor in Tidetec. He has bee

n Member of the Board in Tidetec since his father Per Kollandsrud founded the company in 2000. Arne also represents family office Kollan AS, the main shareholder in Tidetec.

Arne is co-writer of the book called “Innovasjon i praksis”  “Practical innovation.

When Arne is not working on Tidal Power, he is often playing his trumpet.

HOW OUR EATING HABIT IS KILLING THE PLANET AND WHAT CAN BE DONE?

This week guest is H.E. Prof. Dr. Ameenah Gurib-Fakim, the 6th President of the  Republic of Mauritius and who is a Professor. Biodiversity scientist. Entrepreneur. Author.

During her academic journey, she has participated in several consultation meetings on environmental issues organized by international organizations. Between 2011-2013, she was  elected and served as Chairperson of the International Council for Scientific Union – Regional Office for Africa, and served as an Independent Director on the Board of Barclays Bank of Mauritius Ltd between (2012-2015).

On 05 June 2015, she was sworn in as the 6th President and the First Female President of the Republic of Mauritius and served in that capacity until March 2018.

She was elevated to the Order of GCSK by the Government of Mauritius, and received the Legion d’Honneur from the Government of France in 2016. In 2017 she received both the lifelong achievement award of the United States Pharmacopoeia-CePat Award and the American Botanical Council Norman  Farnsworth Excellence in Botanical Research Award. In 2018, she received the Order of St George at the Semperopernball, Dresden, Germany. In 2019, she received the ‘Trailblazing award for political Leadership’ by the World Women Leaders Council in Iceland. In 2020, she was elected Honorary President of the International and Engineering Institute and received their 2020 5th IETI Annual Scientific Award. She also received the IAS-COMSTECH Ibrahim Memorial Award from the WIAS in Jordan.

Jeroom Remmers. He is the director of the TAPP Coalition. It is an international foundation focusing on fair prices and taxes to make the production and consumption of meat and dairy sustainable (tappcoalition.eu). The foundation is supported by farmers, healthcare professionals, youth, businesses and charities. TAPP Coalition showed a 55%-majority of Dutch, German and French consumers support a meat tax, including environmental costs (GHG-emissions, nitrogen, biodiversity loss), on the condition that revenues of an excise duty will be used to reduce VAT rates on vegetables/fruits and compensate farmers and low-income groups. Remmers’ report ‘Aligning food prices with the European Green Deal’, and the report ‘Sustainability charge on meat’, presented at the EU Parliament 5th Feb 2020, received global media coverage and influenced the EU Commission's ‘Farm to Fork Strategy’.

Dr. Helena Wright is Policy Director at the FAIRR Initiative based in London, where she focuses on policy solutions related to the risks and opportunities surrounding intensive animal agriculture. Helena’s work focuses on engaging with governments, regulators, industry bodies and investors to promote greater understanding of the ESG risks surrounding intensive animal agriculture and build increased engagement around sustainable policies and business practices. Her previous experience includes working as a Vice President at World Wide Fund for Nature (WWF), working at think tank E3G on sustainable finance, as well as working as a negotiator for the UK Government. She holds a PhD from Imperial College London. We hope that you were able to join our shows last Friday. In case if you missed the show, then you can watch the recording on the website:
https://www.youtube.com/watch?v=o7I5PMD3K-A
or at
https://ibmtv.tv/title/swiss-impact/.

We welcome you to join Week 3 of Season 2 of our weekly TV show. The show is on how Impactful investments and businesses are helping to implement the 17 UN SDGs worldwide to preserve the world for future generations.

We have enlightening and in-depth conversations with news makers, celebrities, thought leaders, entrepreneurs, project owners, investors, politicians, and business leaders and encourage them to act. We are honored and excited to have such an amazing guest, who in active in the field of Cilmate Change and Investments more than half a century.

Stephen is a private investor with interests in climate change, impact investing and education. For 30 years he was involved in family-held retail business, C&A in USA, Japan, England and throughout Europe.  He has been active in strategic investing since 2002, and founded Willows Investments in 2008 with the aim of supporting promising ventures with a social mission.  Among his many board positions he is Chair of the Supervisory Board of The European Climate Foundation;  Chair of the Business & Law School Advisory Board of St Mary’s University Twickenham (UK); a Member of the Board of Directors, World Resources Institute (USA). The points we intend to discuss are:

HOW CAN ECONOMY AND ENVIRONMENT GROW TOGETHER?

Our weekly show on how Impactful investments and businesses are helping to implement the 17 UN SDG’s worldwide to preserve the world for future generation.

Sveta Banerjee
Added a post  to  , SWISS IMPACT WITH BANERJIS

President of the Republic of Mauritius, H.E. Prof. Dr. Ameenah Gurib-Fakim was our guest and provides her impression of the TV-Show Swiss Impact with Banerjis and its hosts Ben and Svetlana Banerjee.

Sveta Banerjee
Added a post  to  , SWISS IMPACT WITH BANERJIS

H.S.H. Prince Michael von & zu Liechtenstein was our guest and provides his impression of the TV-Show Swiss Impact with Banerjis and its hosts Ben and Svetlana Banerjee!

This week guest is H.S.H. Prince Michael of Liechtenstein, Executive Chairman of Industrie- & Finanzkontor and Founder of Geopolitical Intelligence Services.

This time the format of the program will be a bit different and it will be a conversation between Prince Michael and Ben Banerjee, under the moderation of Svetlana. The topics to be covered will be mainly Macroeconomics and the future of the Investment and Finance sector and investment trends.

For all those who want to learn about the criteria and the processes of an investor in technology and innovation. Especially in Supply Management Area and from the Social angle. 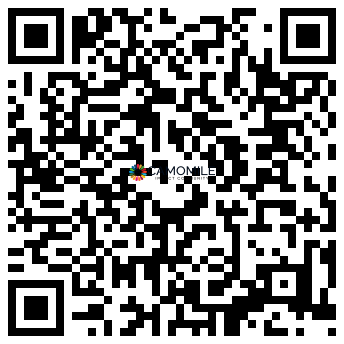