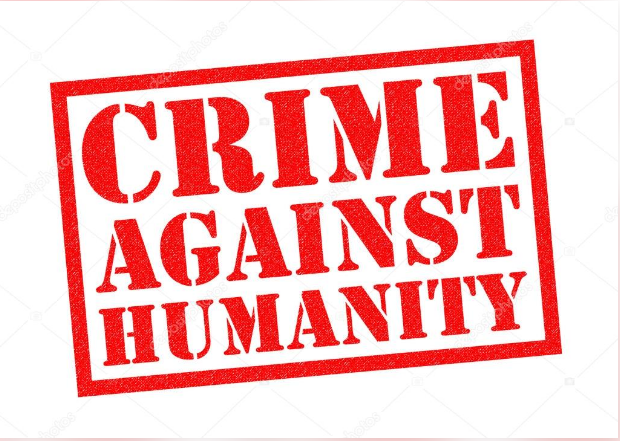 How long will be let Political Leaders get away with Crime Against Humanity, just because they are ‘democratically chosen’? The deforestation of Amazon Rainforest has again risen significantly.

In fact, the Brazilian institute INPE that monitors Amazon from the space, last Thursday (18.11.2021) reported that between August 2021 to July 2021, deforestation has risen with 22% more than the twelve months before. In fact under the reign of Bolsonaro, the deforestation has been increasing with double figures percentage each and every year. This despite all promises and commitments of Bolsonaro.

Not to forget, here we are talking about Amazon Rainforest, the Lungs of our Planet earth. At COP26, Bolsonaro promised to stop with illegal logging by 2028 and mentioned that he has brought illegal logging under control. When asked by journalists, he declared that the status report of the Monitoring System Prodes of INPE is not complete yet.
Well, as per Mauricio Boivodic, head of World Nature Fund (WWF) in Brazil this was a complete lie as Bolsonaro and his government had received this report before COP26. In fact, the reality is that under Bolsonaro, the destruction of Amazon Rainforest has accelerated exponentially. Marcio Astrini, secretary of Brazilian Climate Observatory, mentioned that the government of Bolsonaro has made Environmental destruction its Grand Policy.

Since his early political carrier, Bolsonaro had promised to open the protected parts of Amazon for mining, commercial agriculture and other extractive activities. Even now, just this week he complained to potential investors in UAE, that criticism of Brazil for deforestation is wrong as the greatest part of Amazon is still untouched.

So in conclusion. How long should mankind allow such activities to continue without taking any actions? Should we let him get away just because he is ‘democratically chosen’? Wasn’t Hitler also democratically chosen?
We do choose to spend enormous resources to get Serbian leadership behind bars for Bosnia Herzegovina war, and let Leaders like Bolsonaro go free, even though their actions and consequences are far worse?
Isn’t it time that for the protection of Humanity and the Planet Earth, the Amazon Rainforest should be taken away from Brazil and put under UN Protection, and people like Bolsonaro followed up by ICC for ‘Crime Against Humanity’?